The new year started out with a big surprise. The Spot-winged Starling is a bird normally only seen within the forest of Thungyai Nareusuan World Heritage Forest complex in Western Thailand. It requires a 4 WD and take up to 10 hours to get there. Instead, I was tipped off that a few of these birds had been showing in some flowering trees near a sub-station of Kaengkrachan. I waited quite some time and then at around 5:30 3 birds showed up. No good pictures but a lifer and an unexpected species.

The birds are resident in Northern India but have a somewhat of a western - eastern movement in winter when a few birds are found in Northern Myanmar and Thailand. 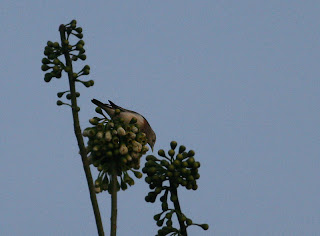 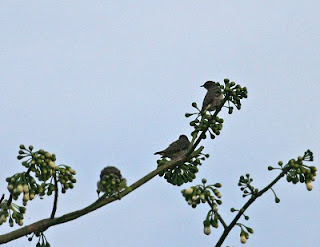 I was out birding with Richard and Liz King from Australia when we recieved a tip off some unusual Starlings at a garbage dump at Lampakbia. A short wait and our bins were on the very rare Brahimy Starling as well as a Common Starling. The former a lifer for me and the latter a Thai tick. I only had time to document the sightings but later home that night I posted the images on a Thai website.
In a couple of days no less then 50 photographers had invaded the garbage dump and were showing their works online.

A week later I had the opportunity together with Roland Graf from Germany to put myself in a blind. This is the result. The bird has now taken to free hand outs of meal worms and hopefully it will remain throughout the season for more visiting birders to see. 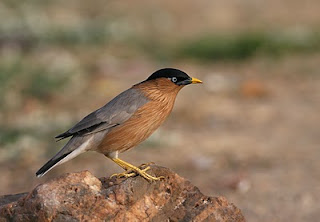 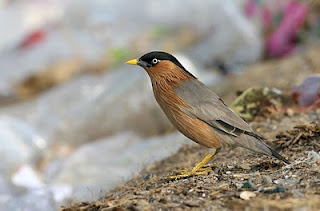 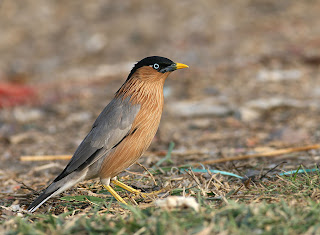 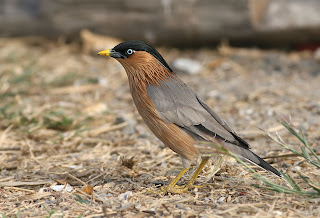