I started birding too late to see a Sarus Crane in the wild in Thailand. But then in 2011 a group of birds were released into the wild in a wildlife sanctuary in Buriram province.

Since then additional birds have been released and the birds have started to breed producing a number of offspring. Currently there are about 110 birds spread out in the province.

The area of release is called Huai Chorakhe Mak,  5 hours drive from Bangkok.

I have held off a visit until now as I didn’t  want to drive so far for just one bird.

But now I felt the time was right and so it turned out to be.

I did spend a night and did some birding at Sap Sadao to look for some birds with a preference for dry dipterocarp forest. It was on the slow side but Paul Farrell came down from Khon Kaen and it was fun to do some birding together. It took me 4 hours to get to this site then the following morning another 2 hours to Buriram.

We arrived at Huay Chorakhe Mak early afternoon. A very impressive visitor center which included a watch tower had some welcoming staff receiving us.

They explained that the birds disperse in the early morning but at the reserve up to 16 birds can be seen out in the large field. The fields have suffered from 3 years of drought which hasn’t affected the Cranes. The Cranes are not fed but are surviving well without assistance.

The released birds have rings on their legs but the naturally born birds do not have such contraptions. We saw several birds with and without rings. 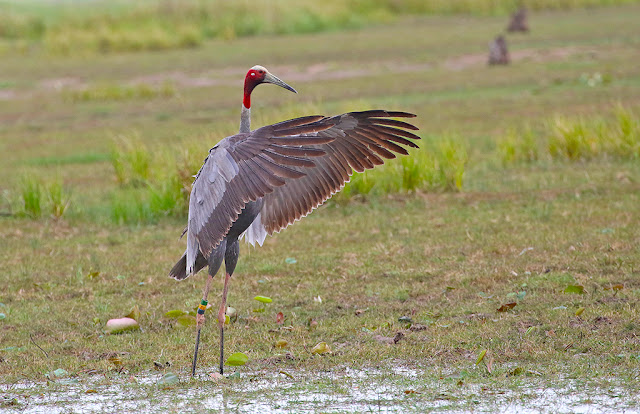 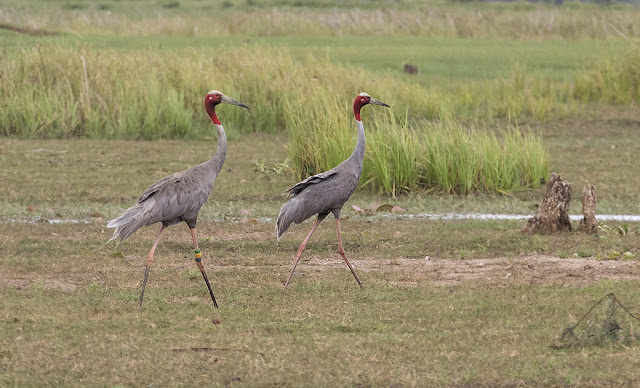 Around the reservoir is a bicycle lane…I am not sure how long it is but I would say at least 15km. There is also a dirt road for motorized vehicles.

At another end of the lake/field there are several buildings for staff and government officials. All in a nicely landscaped area with nicely fenced boardwalks and another solid watchtower.

There were quite a few birds in this area  as it still held some water.

The area is recreational and I must say very nicely done.

I spend the afternoon and an hour the following morning to check things out.

62 species of birds is not bad for this time of year and seeing how few birds one actually see in the fields and on wires if felt like all the birds had gathered here.

The roads in Buriram were really good. Wide and without potholes.

On the way back to Bangkok I drove over Sa Kaeo, Prachinburi and Chacheungsao provinces.

The roads were also good though road construction hampered the flow in a few places. It seems that Thailand is building and improving roads just about everywhere. Hopefully the country will open up to the outside world in the not too far a distance. 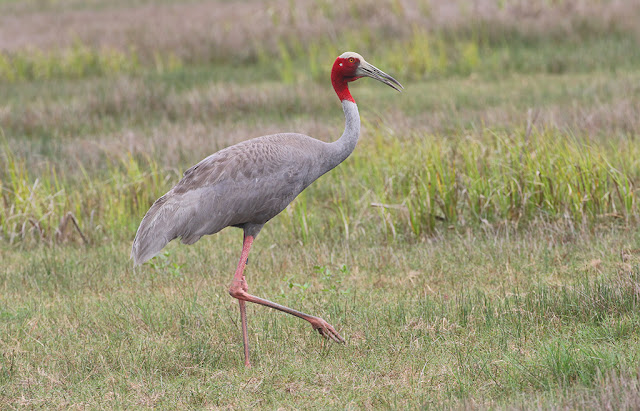 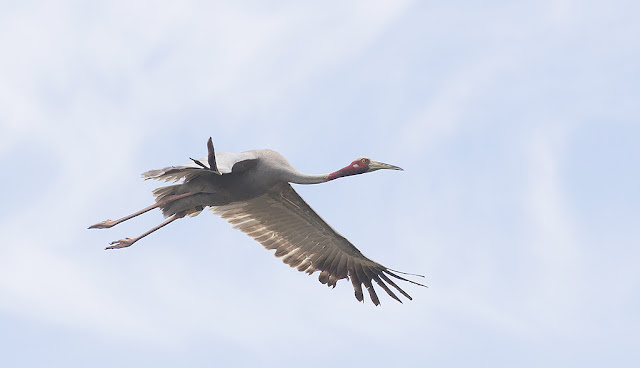